Last weekend, Health House participated in Nerdland festival, where we got the chance to inspire hundreds of people by telling stories on anatomy and this in the greatest setting of an anatomical theater.

What is Nerdland festival?

Combine nerds and festivals, and what do you get? Nerdland!

Nerdland festival is the biggest open-air science festival in Belgium. The place to be for nerds, geeks and all their (less geeky) friends and family.

You may know Nerdland from their scientific podcast, books or shows. With Lieven Scheire and Hetty Helsmoortel as flag bearers. For this event, they joined forces with Toon Verlinden, who previously set up Sound of Science. 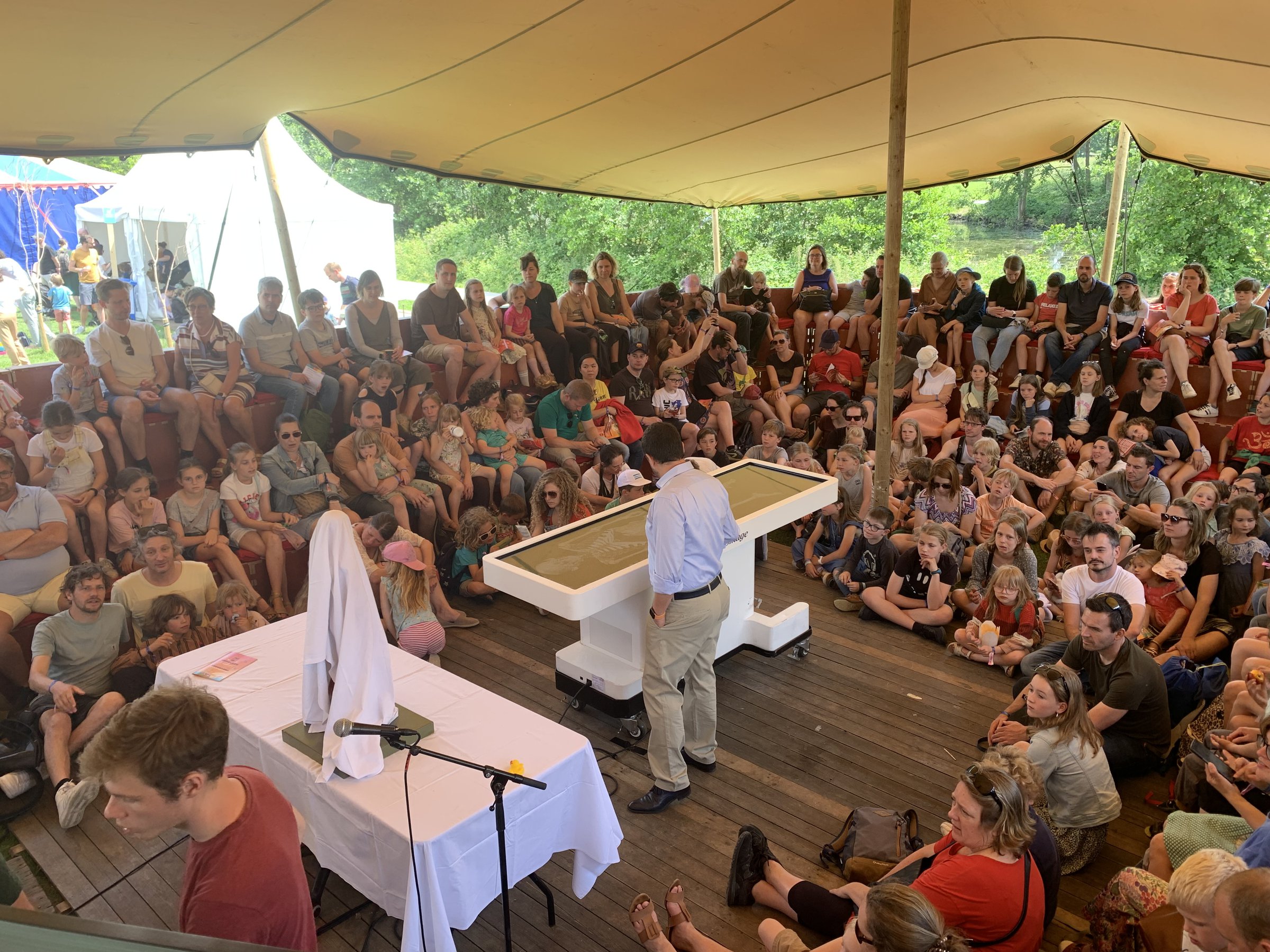 Using plastinates and sections, he looked at the different aspects of a joint, such as ligaments, capsules, cartilage, cruciate ligaments and all the rest that has to do with joints. He explained, among other things, how a cruciate ligament reconstruction actually works and what carpal tunnel syndrome is.

The next day, we delved into the anatomy of the eye and ear. Using some beautiful models, Nicolas showed how our eyes can behold the wonders of the world, what dizziness has to do with our hearing organ and much more. 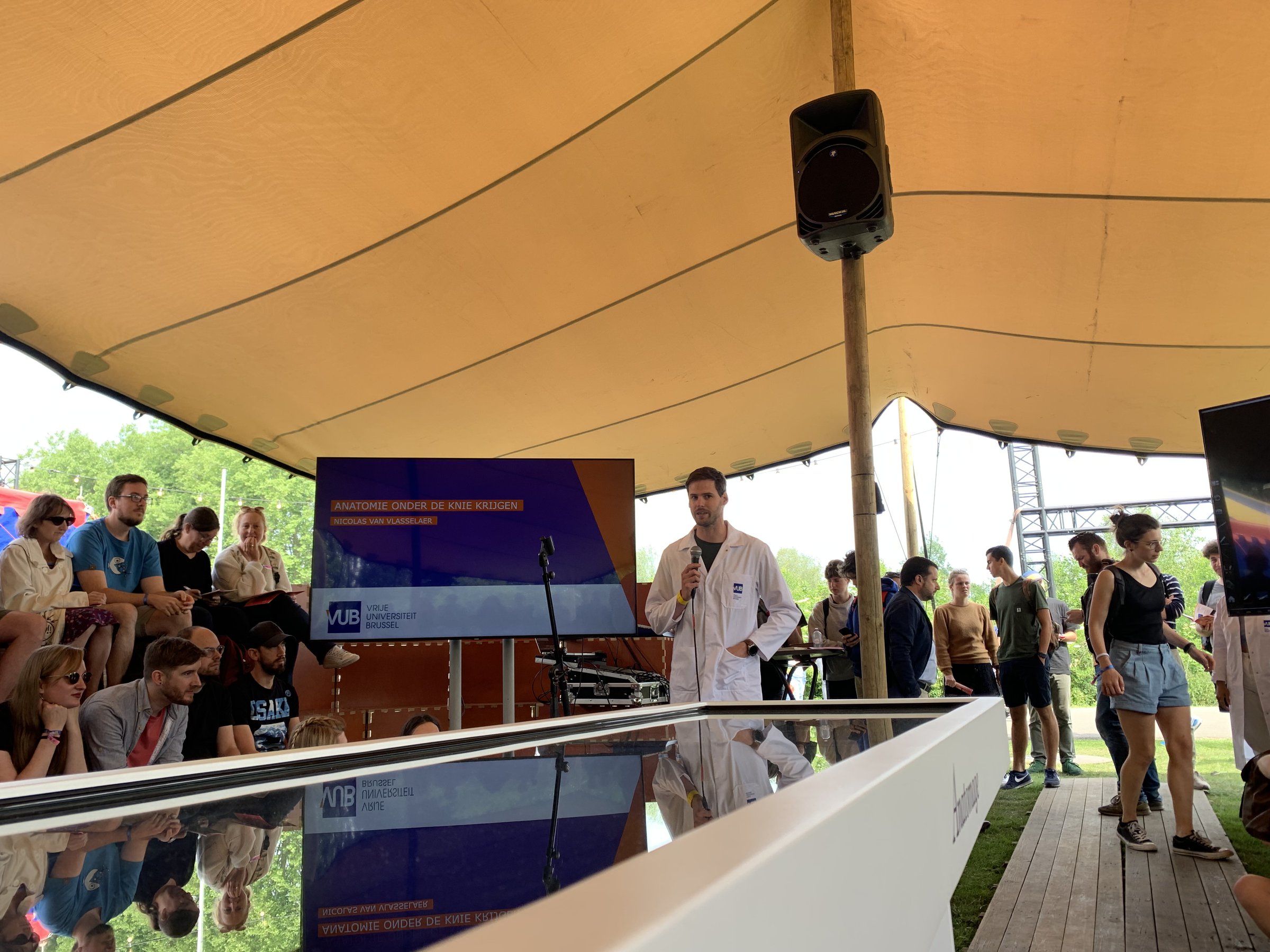 Ever heard of Andries Van Wesele?

Or how others might know him: Andreas Vesalius (16th C.), the father of modern anatomy. A visionary who laid the foundation for the modern anatomical approach to the human body.

All those years ago, he lived and worked (for a short time) in Leuven, the same city where today students are taught the anatomy of the human body in the most high-tech manner. Top doctor Diethard Monbaliu elaborated further on this during a lecture where he took us on a journey, starting with Vesalius up until the present day.

Among others, he revealed to us the secrets of the abdomen. 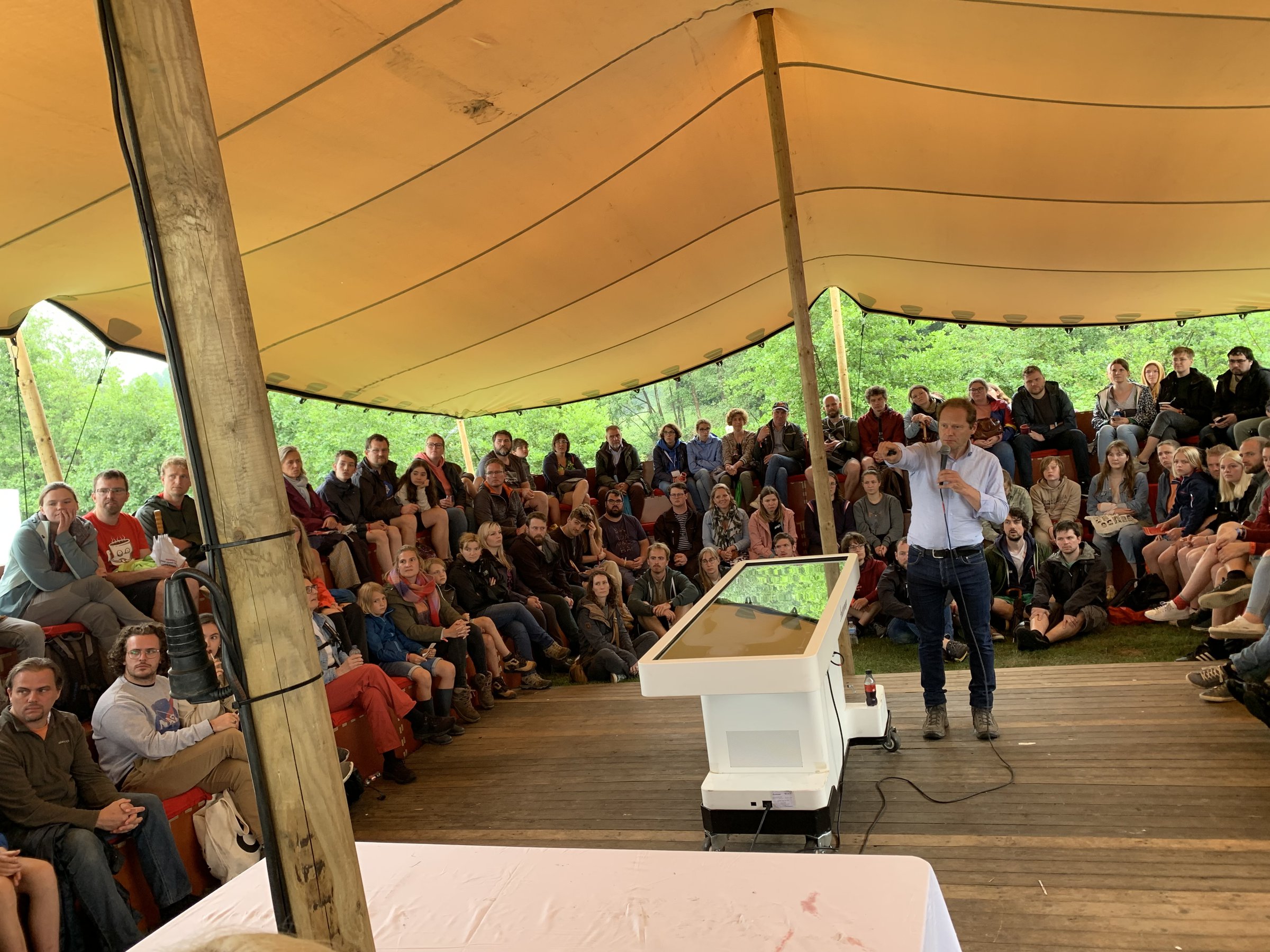 Is the whole universe in our heads?

Did you know that the human brain is the most complex structure in the known universe?

The brain contains as many neurons (80 to 100 billion) as there are stars in our galaxy. These neurons process input from our senses and send signals to the relevant parts of the body via the nervous system. Therefore, our brains play a very important role in the functioning of our body.

Given the complexity of the brain, it is not surprising that something can also go wrong in this fantastic machinery. Like stars, neurons can also die out. A supernova can occur not only in the universe, but also in our brains.

Evelien Coeckelbergh and Rishi Panday gave the most interesting session discussing all these phenomena in a very clear and refreshing way. 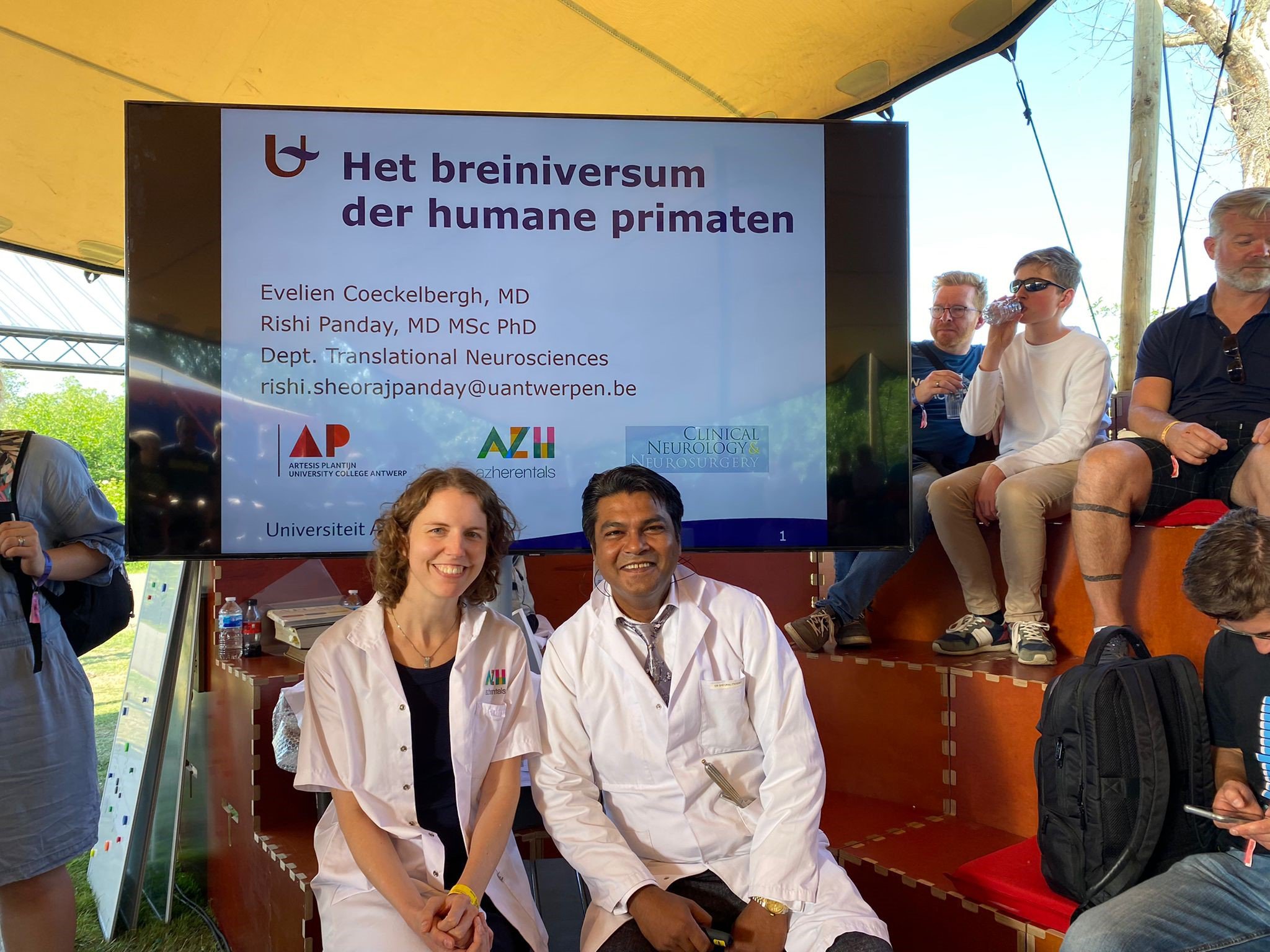 Always wanted to dissect a human being?

No technology is too impressive at this festival. Nerdland visitors could try out incredible technology. One of the most memorable pieces was the digital dissection table of Anatomage. Grown-ups, but also children could make use of this high-tech toy, which is also used by students and researchers at Flemish universities before they have to cut into a real body.

During one of the interactive anatomy session, Jeroen De Ryck and Savanah Héréus introduced children to anatomy in a fun and educational way. They discovered together with their curious little students which bones are in our body and which we need to be "big and strong".

A true educational wonder right in the middle of the anatomy theater. 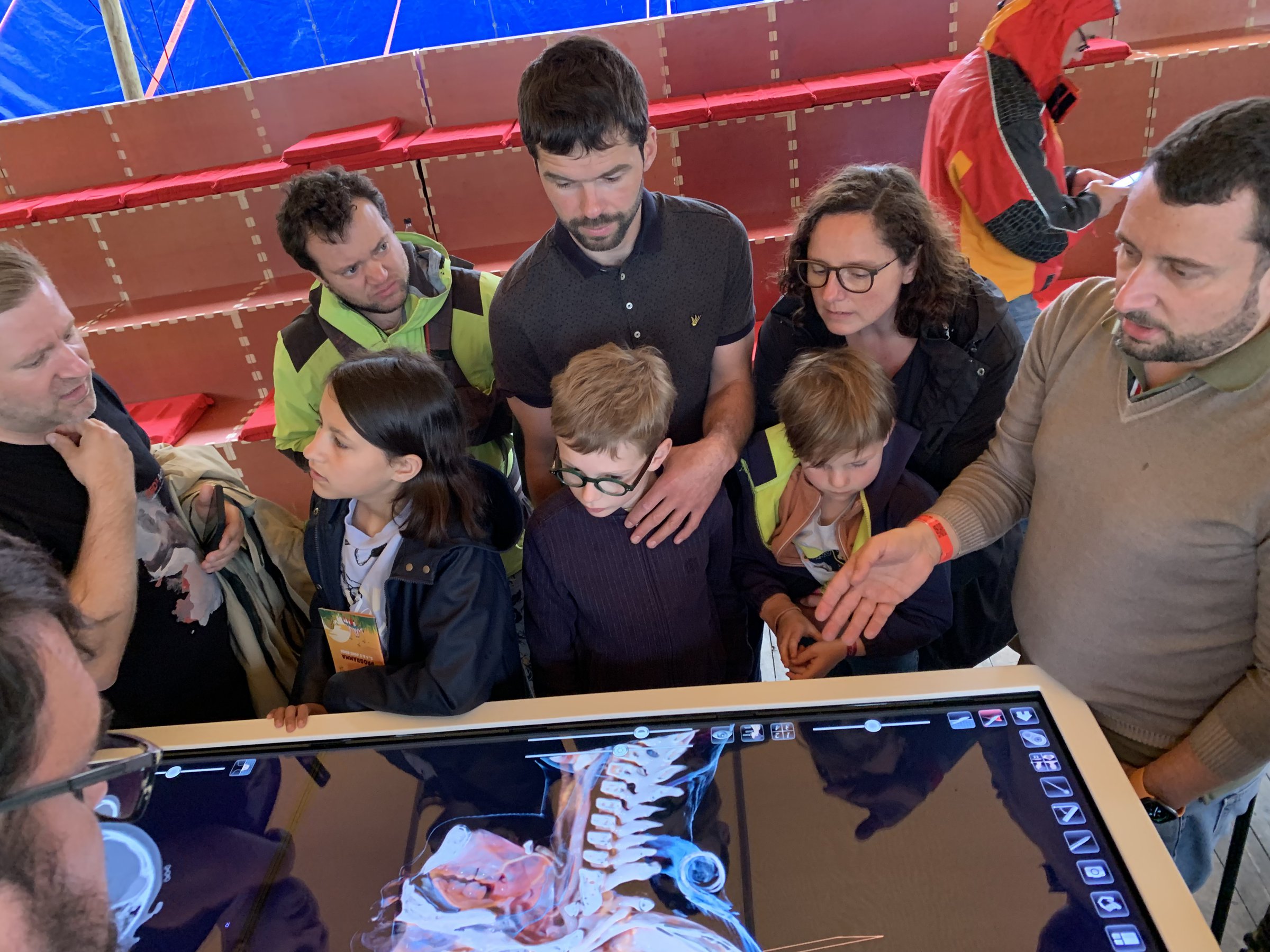 A demonstration of a dissection by Nicolas himself...

We could witness a live dissection of a pig heart. During this workshop, Nicolas Van Vlasselaer took a detailed look at all aspects of the heart. It certainly did make my heart beat a little faster. 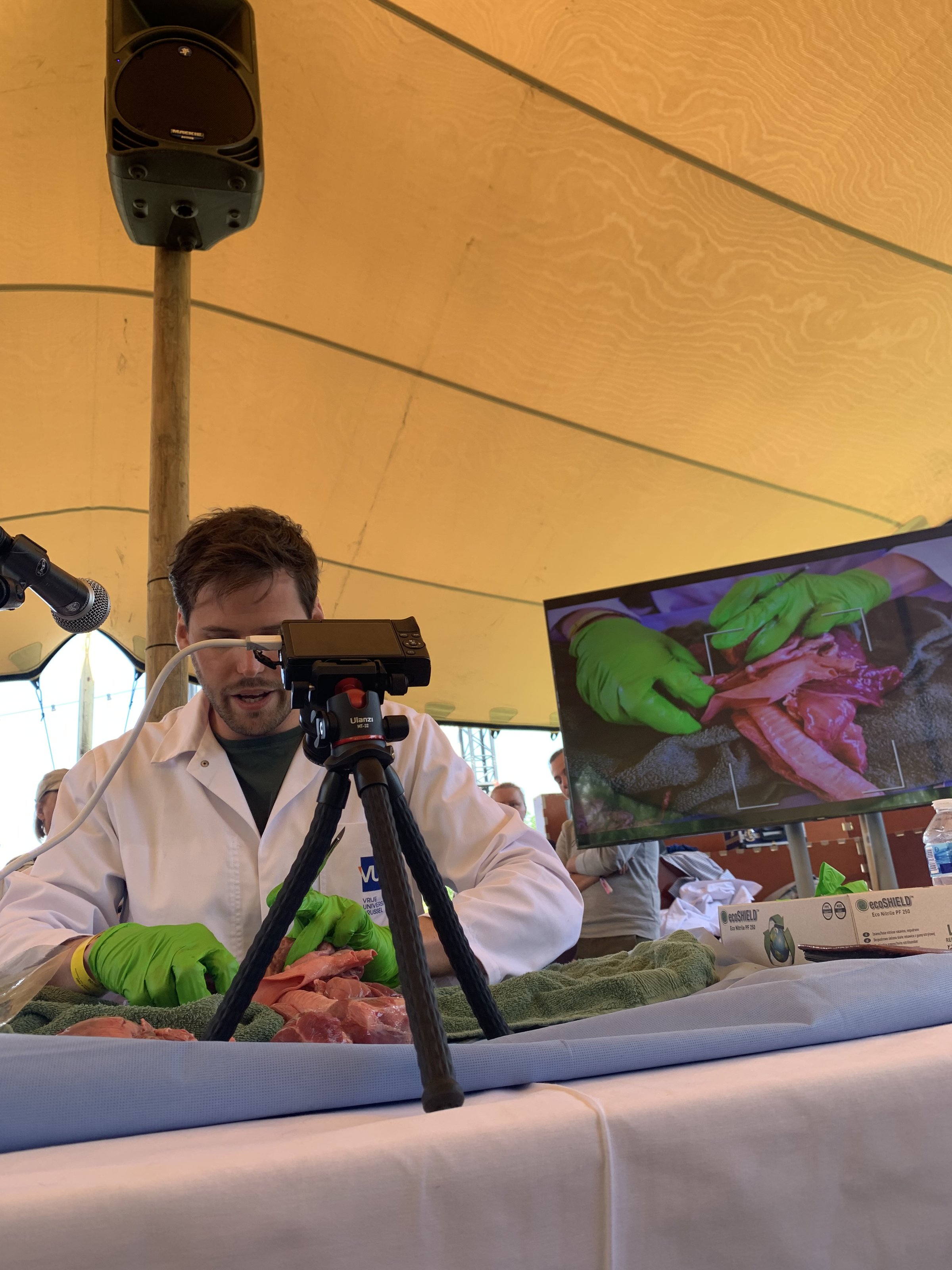 To summarize this mind-blowing weekend:

Incredible technology in combination with interactive sessions by inspiring people. Count me in as a true nerd! 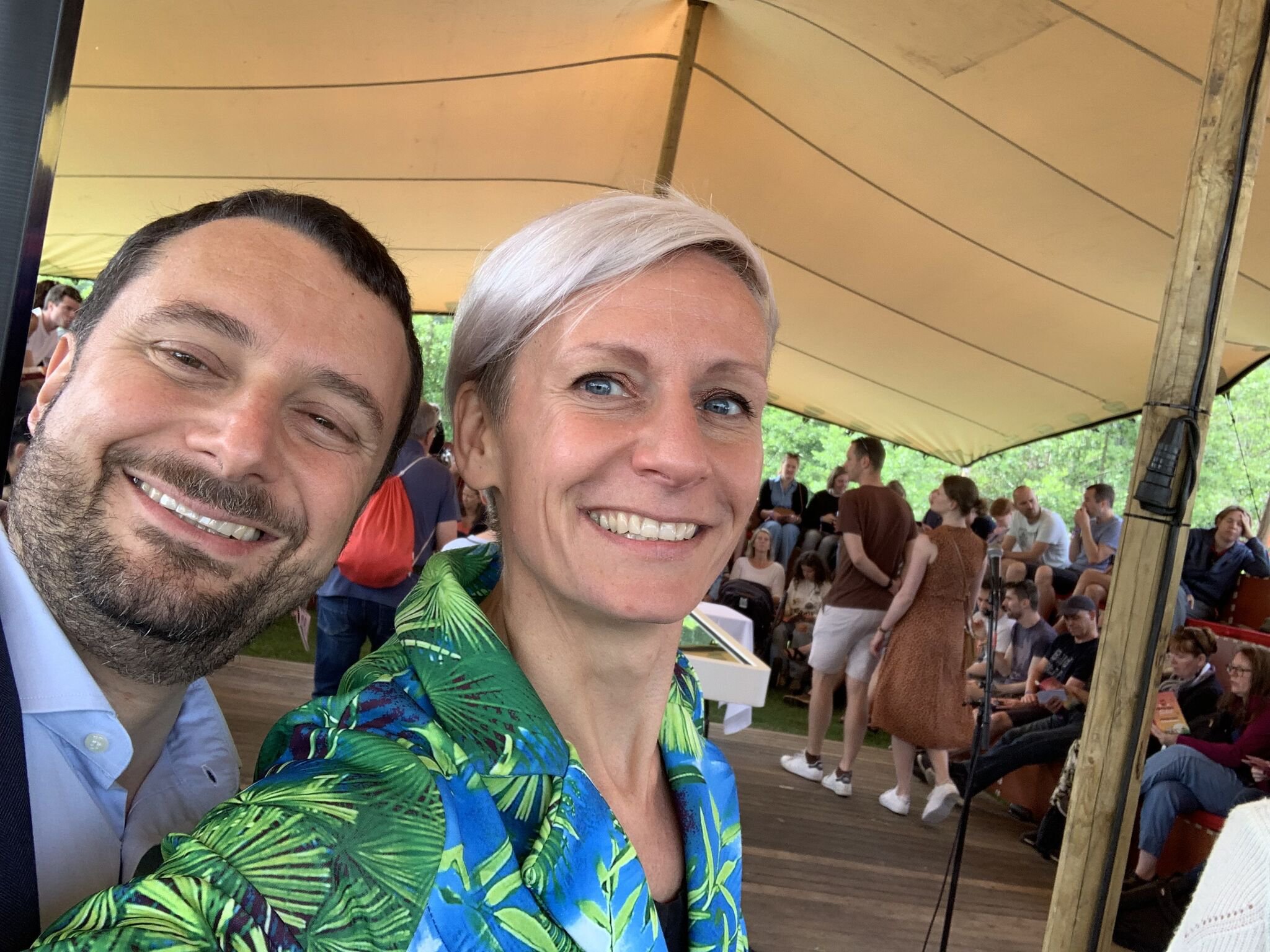